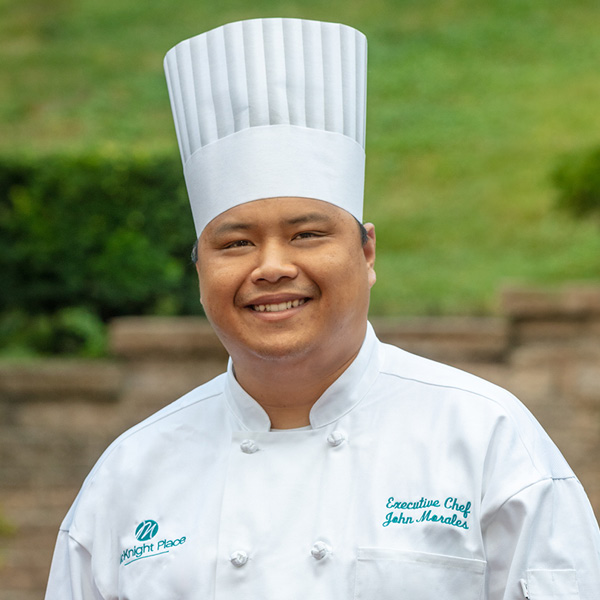 Serving our residents since 2018.

John has worked at The Gatesworth since age 16 under Executive Chef Brian Hardy. He began as a dishwasher but was promoted to a cook after several months. While working at The Gatesworth Chef Hardy introduced John to the American Culinary Federation and became a member right away. He then competed in several cooking competitions and won a significant amount of medals ranging from bronze to gold and even won the Junior Chef of the Year in 2017.

John’s goal as Executive Chef at McKnight Place Assisted Living and Memory Care is to provide the best quality meals that our residents can enjoy. He is working to build a strong culinary team that is always ready to cater to the needs of the residents and their families.

This website will offer limited functionality in this browser.

We only fully support the recent versions of major browsers like Chrome, Firefox, Safari and Edge.